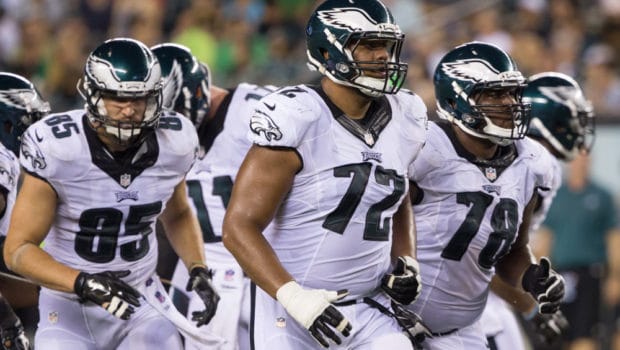 HOW THE EAGLES’ SUBS PAVED THEIR ROAD TO THE SUPER BOWL!

Losing Carson Wentz in Week 14 after the second-year quarterback had an MVP-caliber season was supposed to be a crippling blow to an Eagles team that had already lost nine-time Pro Bowl left tackle Jason Peters, playmaking linebacker Jordan Hicks, versatile returner/running back Darren Sproles and special teams ace Chris Maragos.

But the Eagles are one victory away from the franchise’s first NFL title since 1960 thanks to key contributions from several backups.

“It’s the next-man-up mentality,” coach Doug Pederson said yesterday. “It also means that you have some veteran players that keep things together, and good coaching staffs. I think it’s a tribute to the players and everyone involved that they can keep things going even through that adversity.”

Nick Foles led the way with a spectacular performance in a 38-7 victory over the Minnesota Vikings in the NFC championship game . He threw for 352 yards and three touchdowns while joining Joe Montana as the only quarterbacks in NFL history to complete 75 percent of their passes in consecutive playoff games.

Even team owner Jeffery Lurie couldn’t have predicted this success.

“It surprised me because of all the injuries,” Lurie said. “The resiliency among this group is phenomenal.”

Sproles, one of the best returners in league history and a major part of the offense, tore his left ACL and broke his right forearm on the same play against the Giants in the home opener on Sept. 24.

The team signed Kenjon Barner to replace him on punts and rookie Corey Clement has stepped up to fill Sproles’ role as a third down specialist.

Maragos tore his right PCL at Carolina on Oct. 12. The unit struggled without him until Bryan Braman re-signed with the team in December.

Peters tore his right ACL and MCL in a Monday night game against the Redskins on Oct. 23. Halapoulivaati Vaitai (above) replaced him in the starting lineup and has improved with more playing time.

Vaitai gained valuable experience as a rookie last year filling in for Pro Bowl right tackle Lane Johnson when he was suspended 10 games.

“Had a lot of confidence in (Vaitai),” Pederson said. “These are obviously the things we’ve seen in him: his maturity, his growth as a left tackle.”

Hicks ruptured his right Achilles in the same game Peters went down. It was a big loss because Hicks calls the defensive signals and is a playmaker. He has seven interceptions and five fumble recoveries in 31 games.

Joe Walker and Najee Goode replaced him initially before the Eagles signed former Ravens starter Dannell Ellerbe to take his spot. Ellerbe missed the victory over Minnesota because of a hamstring injury and Goode was beat on a touchdown pass in the first quarter.

“I think that’s what makes it more special with these guys,” Pederson said. “You start losing some of your top players to injury. You just kind of see the fight in the guys and the resiliency in the guys. The guys just keep battling. For us to believe in one another and to be now in this spot, I’m just so happy for those guys, and hat’s off to them.”