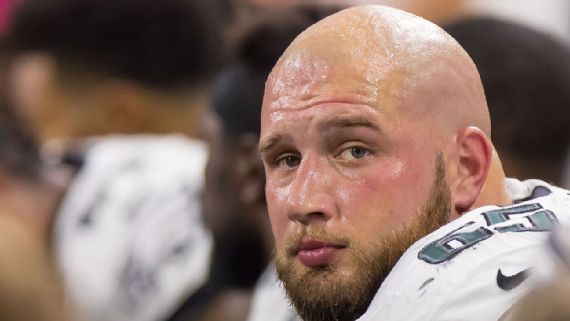 Lane Johnson hasn’t played a down in the Eagles first three exos.

And with the regular season opener against the Redskins only 13 days away — Sept. 8 at the Linc — that’s his goal for getting his knee in shape to deal with Washington edge rusher Ryan Kerrigan.

“I’m using this time now to get my work in and get my body right,” Johnson, who has been out of practices the last couple of weeks, told the Eagles web site. “I’m in meetings, I’m getting the mental reps. I’m not worried about that. It just takes time.

That’s the hope for every rehabbing player at this time of the summer, and the Eagles have a few of those players on the mend. Johnson and his Pro Bowl linemate, Brandon Brooks, are both recovering from injuries – Brooks suffered a torn Achilles tendon in the playoff loss at New Orleans and, after being cleared for some one-on-one work last week in practice will now accelerate his activity this week and is hopeful to play against Washington – are the players on the offensive side of the ball racing toward the opener (quarterback Nate Sudfeld is not expected to be ready for September 8 as he recovers from a broken left wrist) while a host of players on defense are in the same situation.