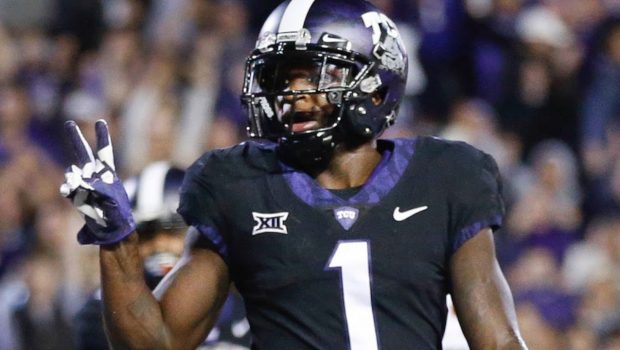 Just two days before rookies are due at NovaCare in South Philly for training camp, the Eagles signed first-round pick Jalen Reagor, a four-year deal with a fifth-year team option.

Reagor, the No. 21 overall pick in the 2020 NFL Draft, is the third of the team’s 10 draft picks to get his deal done, joining sixth-round selections wide receiver Quez Watkins and tackle Prince Tega Wanogho.

The 21-year-old led TCU in receptions (43), receiving yards (611), and touchdowns (5) in 2019. He was also one of just two FBS players to record multiple punt return touchdowns as he finished second in the nation with a school-record 20.8-yard punt return average.

He is the son of former Eagles defensive tackle, Montae Reagor, who was with the team in 2007.

The #Eagles and first-round WR Jalen Reagor have agreed to terms on his four-year, $13.3M contract with a fifth-year option.