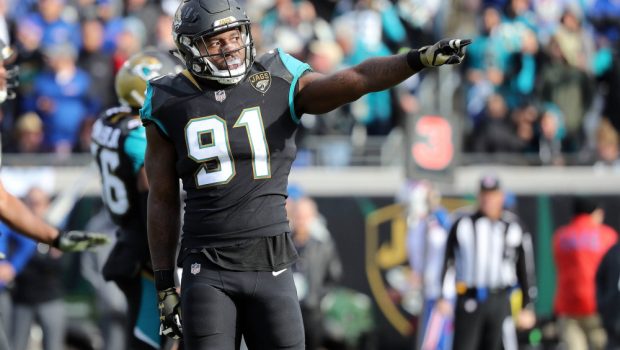 If you think Eagles big boss Howie Roseman is done dealing, you don’t know his history.

Especially when it concerns Jags standout edge rusher Yannick Ngakoue, who has been tagged as a franchise player and is dying to be traded.

Defensive coordinator Jim Schwartz is plenty happy with Brandon Graham and Derek Barnett atop the DE rotation, and the Eagles are loaded with neither picks nor cap space beyond 2020.

But they’ve struggled to hit on pass rushing depth in the draft, and Roseman a.) puts immense value on the D-line; and b.) would never balk at the chance to add an ascending talent entering his second contract.