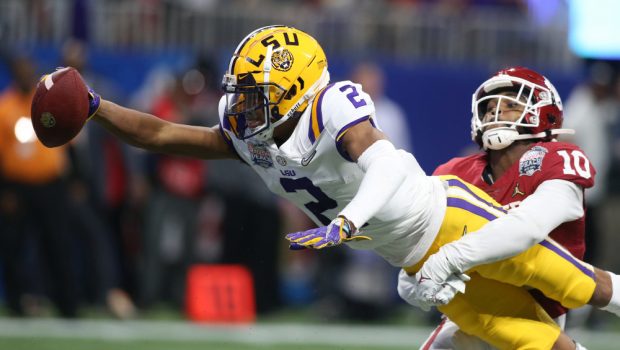 EAGLES STILL HAVE LOTS OF HOLES TO FILL: WIDE RECEIVER!

The Eagles are getting well deserved praise for their off-season additions on the defensive side of the ball, with Darius Slay, Javon Hargrave and Nickell Robey-Coleman.

However, they have tons of work to do to improve their wide receivers:

Off the roster: Nelson Agholor (Raiders)

The Eagles are counting on — or hoping for — Jackson to contribute in 2020 after the veteran finished only one game last season. It doesn’t appear that they will get rid of Jeffery anytime soon, or at least until there’s more clarity about Jeffery’s recovery from a Lisfranc injury. Arcega-Whiteside underachieved as a rookie and will have a chance to contribute in Year 2. The Eagles liked what they saw from Ward. But if they had to play a game with this group of wide receivers, it would be a problem.

The 39 wide receivers selected in the first or second rounds since 2015 have averaged 459 receiving yards. So if the Eagles expect Justin Jefferson (above) to be the remedy next season, it would make sense to at least have insurance.

They could make a trade or wait for a cap casualty.