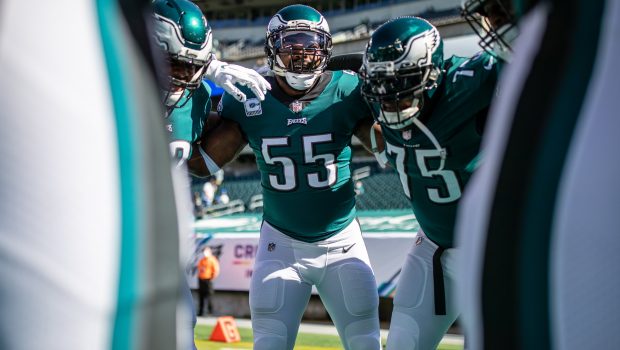 EAGLES STILL HAVE A 41% CHANCE OF MAKING PLAYOFFS IN NFC LEAST!

The Eagles, despite their 1-4-1 start to the season, have a 41% chance of making the playoffs, according to ESPN’s Football Power Index. That’s the benefit of playing in the worst division in football, the NFC East, which has a collective winning percentage of .246.

The bad news? The Eagles are projected to win six games total this season, are an injury train wreck once again and have a slightly better chance of securing a top-10 draft pick (42%) than they do of making the postseason.