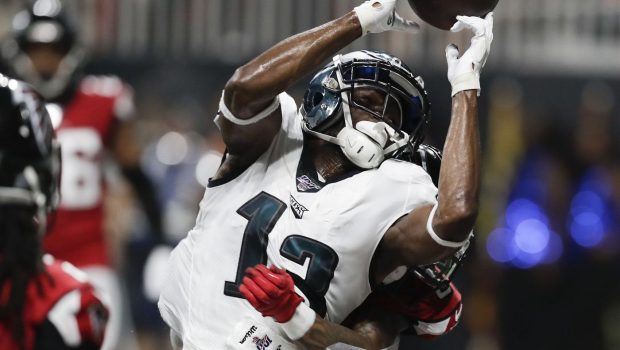 The Eagles should run onto the Linc field today to the strains of “Stayin’ Alive.”

They are 5-4 and tied with the Dallas Cowboys for first place in the NFC East (although the Cowboys hold the tiebreaker), so if the Eagles want to make another playoff run, they better start winning some games now.

Of course, this will be their stiffest test of the season.

The Patriots are 8-1, and while Philly may be on a little two-game winning streak, those victories came against the Buffalo Bills (who have been playing quite a bit over their heads this season) and the stumbling Chicago Bears.

The Eagles drafted Miles Sanders, and he’s been a bit up and down, but the last couple of games, he has been terrific, carrying the ball three times for 74 yards and a touchdown against the Bills and following that up by totaling 42 yards off 10 totes versus the Bears.

The reason Sanders will be so vital to the Eagles this week is because Jordan Howard, whom Philly has relied upon heavily over its past two games, is dealing with a stinger and is listed as questionable.

Even if Howard does play, he will almost surely not be 100 percent, which means that Sanders may be getting more touches than he is used to against the Patriots.

As great as New England has been on the defensive side of the ball this year, it has only been decent to good at defending the run, as it ranks 11th in the NFL in that category.

So, the opportunity for Sanders to produce should be there.

Remember during the offseason when there were rumors that the Eagles could trade Nelson Agholor? Yeah; it’s probably a good thing they didn’t do that.

With DeSean Jackson sidelined for the season due to core muscle surgery and Alshon Jeffery out for Week 11 as a result of an ankle injury, Agholor (above) will be pressed into duty as the club’s No. 1 wide out.

Agholor does not have the natural talent of Jackson or Jeffery, but he is a sure-handed receiver who has been a reliable target for the Eagles for years now, so Carson Wentz surely feels comfortable throwing to him.

The thing is, Agholor is not accustomed to being the No. 1 guy, which is something he will have to be this weekend.

The Birds still have tight end Zach Ertz to go to, but as far as wide outs go, the Eagles’ depth behind Agholor is very thin, as rookie JJ Arcega-Whiteside has been a disappointment and Mack Hollins is nothing more than a No. 4 or 5 guy, at best.