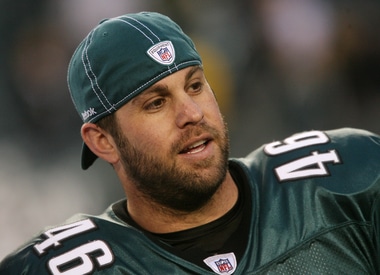 Long-snapper Jon Dorenbos is the longest-tenured Eagle, but he suffered a serious wrist injury that landed him on injured reserve last year.

Rick Lovato then came in and did a good job and was kept on the roster as legitimate competition for this season.

Dorenbos will turn 37 next month. Although his modest salary cap hit of just over $1 million is not significantly more than the $540,000 Lovato is due to make, every little bit helps.

But it’s still Dorenbos’ job to lose, meaning Lovato would have to take it.