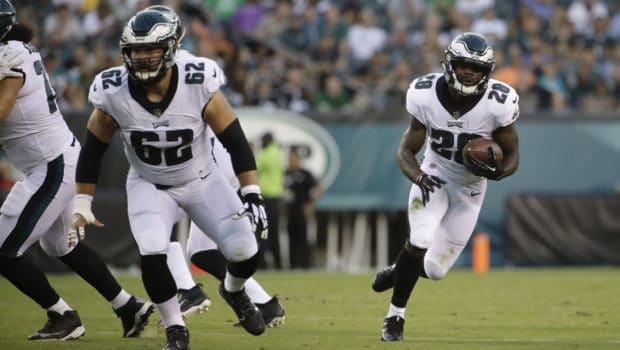 So, how did the Eagles Running Back By Committee do last night in the 38-31 win over the Dolphins?

Blount ran for 19 yards on four carries thanks to a 16-yard scamper, while Smallwood was a bit more consistent in his first appearance of the preseason.

It wasn’t all positive, as the second-year WVU product got blown up by a blitzer in pass protection, which was an issue for him last season.

Fully recovered from the hamstring injury that plagued him throughout training camp, Smallwood is poised to enter the regular season with at least a change-of-pace role alongside Blount and Darren Sproles.

Of the trio, Smallwood is the only one with three-down potential.