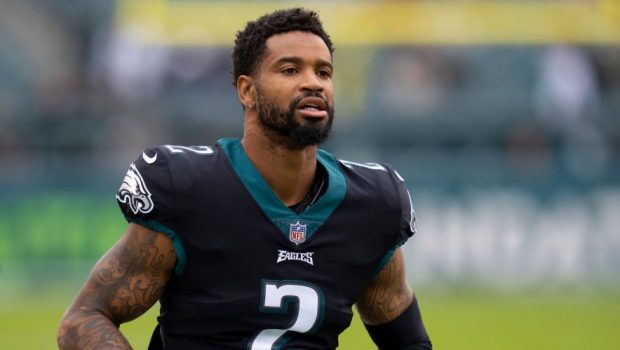 EAGLES SLAY CLEARED FOR BIG PLAYS SUNDAY AT THE GIANTS

The Eagles will have cornerback Darius Slay in the lineup against the Giants on Sunday.

Slay suffered a concussion in last Sunday’s win over the Saints, but he was able to practice on Thursday and he said yesterday that he’ll play against the Eagles’ divisional rivals at Metlife.

Slay has lived up to his “Big Play” nickname the last two weeks by returning a fumble for a touchdown in Week 10 and an interception for another score last Sunday.

Slay also recovered a fumble for a touchdown earlier this season and has two other interceptions to go with 39 tackles on the season.