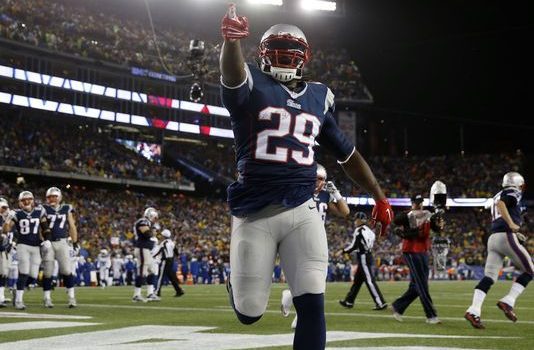 The Eagles have signed a one-year deal with former New England Patriots running back LeGarrette Blount.

Blount entered free agency after the best season of his seven-year career. He led the NFL with 18 rushing touchdowns, which was the highest total in the NFL since Adrian Peterson had 18 in 2009. He was the Patriots’ top power running back, totaling 1,161 yards on 299 carries in the regular season.

“LeGarrette Blount is a tough, physical runner who has enjoyed a great deal of success in New England and we are excited about adding him to this football team,” Eagles big boss Howie Roseman said in a statement. “We feel good about the depth and competition that we have created at the running back position and we are looking forward to getting the guys out on the field next week for OTAs.”

The 6-foot, 250-pound Blount had expressed his desire to return to New England

Blount, who turned 30 in December, has had the most success in his career with the Patriots, with whom he’s had two separate stints. The Patriots acquired him in a trade with Tampa Bay in 2013, and Blount signed a one-year deal with the Steelers the next year, before returning to New England later in the 2014 season after Pittsburgh released him.