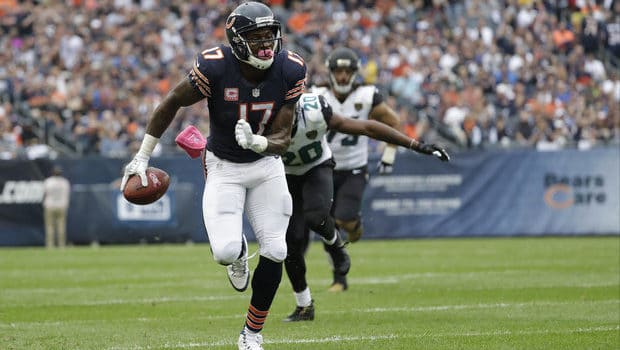 WHY EAGLES SIGNING JEFFERY IS AN NFC EAST GAME-CHANGER!

The Eagles’ signing of receiver Alshon Jeffery may be an NFC East game-changer.

Terrelle Pryor can help Washington, but he’s helping to replace something lost.

But Jeffery will give second-year quarterback Carson Wentz what he lacked as a rookie: a big-time target.

Signing speedy receiver Torrey Smith alongside should help both, too.

The question with Jeffery will surround his availability, thanks to injuries two years ago and a suspension in 2016. But he’s a big target for a big quarterback.

Jeffery has some flaws as a receiver, but he knows how to use his body well, allowing quarterbacks to take chances with him. Last season, his catch percentage was 56.5 – or 119th in the league (and two spots below Pryor).

But his big-play ability can help Wentz and, therefore, the Eagles.