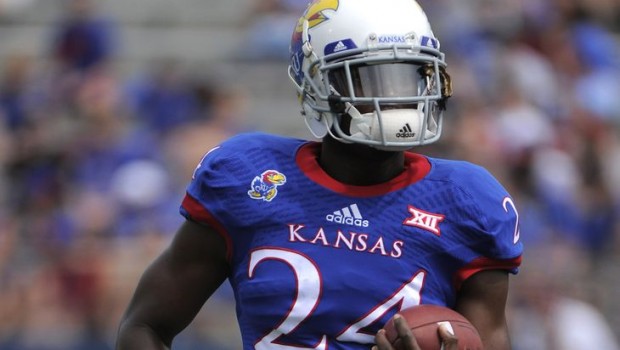 The Eagles signed their 4th-round pick JaCorey Shepherd to a four-year contract today.

Shepherd, 5-foot-11, 199 pounds, was selected by the team in the sixth-round out of Kansas.

Shepherd could be a potential steal for the Eagles, as a slow 40-yard dash time (4.65 seconds) dropped him into the later rounds.

The confident cornerback, however, believes that had he decided not to run the 40-yard dash due to a torn hamstring, he would have ran a quicker time and been drafted earlier.

Here is the report on him from NFL.com:

STRENGTHS Plays with exceptional ball skills. Reads receiver’s eyes and plays the ball with great timing. Attacks the ball and receiver’s hands to swat ball away. Had 32 passes defensed and 5 interceptions over last two seasons as a starter. Able to get into a receiver’s chest in press coverage. Uses plus acceleration and smart angles to recover when beaten in space.

WEAKNESSES His throttle sticks when forced to plant a foot and drive forward. Doesn’t show much trust in his own deep speed. Will open hips prematurely, allowing receiver to turn him around or break off routes underneath. Gets rocked off balance out of press coverage by foot quickness and head fakes. Benefited from poorly thrown balls his way. Passive tackler who goes along for the ride.