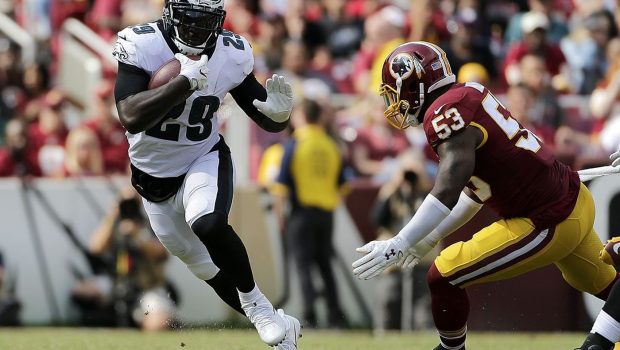 The Eagles have signed veteran linebacker Zach Brown to a one-year contract.

Brown has played in 94 games with 74 starts in his career, including 12 starts last season with the Redskins.

He made the Pro Bowl when he played with Buffalo and led the AFC in tackles in 2016 and he’s been highly productive since the Tennessee Titans selected him in the second round of the 2012 NFL Draft.

The Eagles added to their linebacker group in the offseason by retaining veteran Paul Worrilow on a one-year deal prior to free agency, and then they signed L.J. Fort when free agency opened.

Brown is another veteran with extensive experience who the Eagles think can play all three positions. He’s been an inside linebacker in a 3-4 front for much of his career, but the Eagles also know that he fits in the 4-3 front that, during the course of games, changes at times. Brown’s versatility and production will immediately add to the linebacker position, a room that includes incumbent starters Nigel Bradham on the strong side and Kamu Grugier-Hill on the weak side.

What does Brown bring to the defense? He’s always around the football, is very physical, and runs well. Brown’s experience will help him learn this defense quickly and he’s healthy after battling a torn oblique muscle last year with Washington, an injury that he told Washington’s website during the season, “You can’t breathe. You move, cough, anything, it hurts. So it was painful. Every day it would flare up and I would have a purple bruise, so, it was painful the first 10 games.”

Pro Football Focus offered a glowing scouting report on Brown upon his release from Washington after what PFF said was a “career year” for Brown.

“Brown graded extremely well during the 2018 season with Washington. He ended the campaign with an 89.2 overall grade – a grade that was over 13 points higher than his previous career best – which ranked third among all qualifying off-ball linebackers. His overall grade was the result of high-level play in all facets of the game, and he ended the year as one of only three linebackers (Luke Kuechly and Bobby Wagner being the others) to register a run-defense grade, coverage grade and tackling grade above 80.0.

“Brown has always shown well as a run defender, so his performance against the ground game in 2018 didn’t really come as a great surprise. Over the last three seasons, Brown has racked up 95 defensive stops against the run, which are the third-most among linebackers in that span, while his three-year run-stop percentage of 9.2 percent and his three-year run-defense grade of 84.7 rank 11th and eighth, respectively, among the 66 linebackers with at least 500 run-defense snaps in that span.

“While his performance against the run was unsurprising, his improvement and performance in coverage were what vaulted him among the top players at the position. After recording a putrid coverage grade of 38.1 in 2017, Brown bounced back in a big way in 2018, ending the year with the seventh-best coverage grade among linebackers (84.7). All told, he allowed 35 catches from 45 targets for just 283 yards and was one of only six linebackers to play at least 350 coverage snaps and not allow a single touchdown in coverage.”