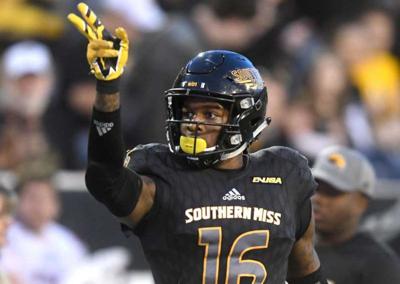 The 200th overall selection, Watkins timed as the second-fastest wide receiver at the NFL Scouting Combine, clocking in at 4.35 seconds in the 40-yard dash.

A two-time, first-team All-Conference USA selection at Southern Miss, Watkins had 64 catches for a conference-best 1,178 yards (18.5 yards per reception) and six touchdowns in 2019. He finished his college career with 159 receptions for 2,404 receiving yards and 17 receiving touchdowns in his three seasons (37 games/23 starts). Watkins also brings punt return experience, scoring an additional touchdown in 2018.

“The Eagles got a steal, I’m just being honest with you,” said Southern Miss Head Coach Jay Hopson after the draft. “His upside is tremendous. I think he’s a kid you’re going to see get better and better and better.”