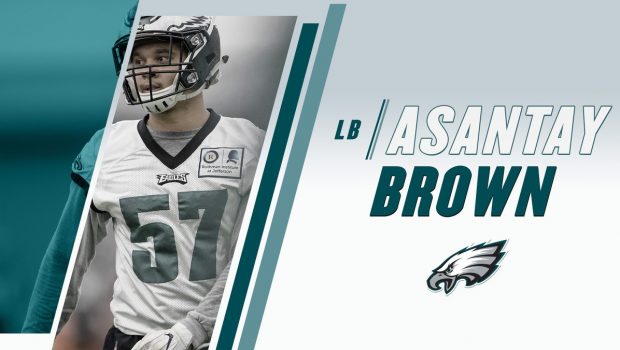 The Eagles are anticipating the long-term absence of linebacker Kamu Grugier-Hill, who hurt his knee in practice on Saturday — word is that he’ll be out into the regular season while recovering from an MCL sprain.

So they made a move on to ensure they’ll have enough healthy bodies on hand at the position. The team announced the signing of linebacker Asantay Brown.

Cornerback Alex Brown was waived in a corresponding move, so the Eagles remain at two players with the surname Brown. The other one is linebacker Zach Brown and the team has seven other linebackers on the roster.