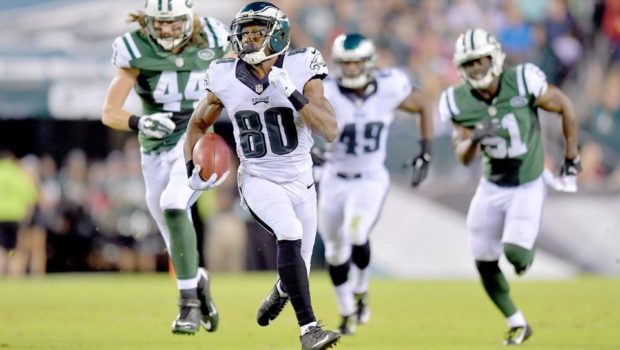 The Eagles have ensured that they will have the services of fan fave Paul Turner this season, signing wide receiver Turner and cornerback C.J. Smith to the practice squad.

To make room for both players, the Eagles release linebacker Quentin Gause.

Both Turner and Smith made the team’s active roster this past weekend on cutdown day, but were released when the team put in claims on three players released by other teams.

Turner became a fan favorite during training camp, as he led the team in receptions (17) and receiving yards (165) during the preseason. Despite the strong showing, however, Turner made it through waivers.