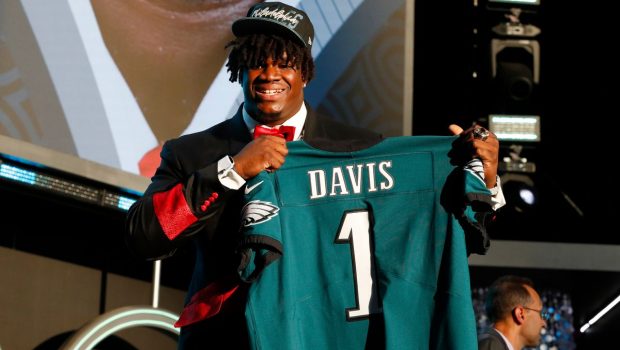 The Eagles signed No. 13 overall pick DT Jordan Davis to a four-year contract.

The Eagles surrendered four picks to move up just two spots for the 6-6, 341-pound Davis.

He demands double teams but has the size and speed to work through them at will.

Not many players are built like Davis. Rams DT Aaron Donald ran a blistering 4.68 40 but did so at 285 pounds. Depending on how his career unfolds, Davis is the kind of player who could change how teams scout his position for years to come.