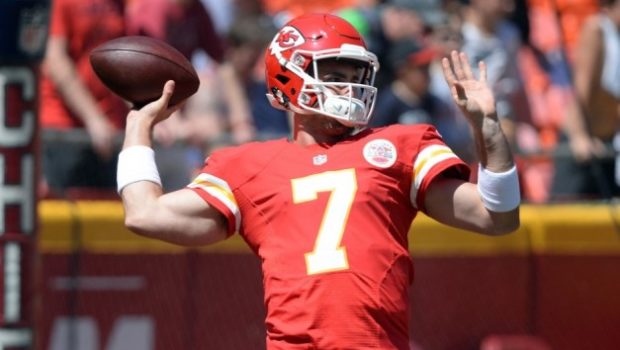 Look who the Eagles signed yesterday to their practice squad:

None other than free agent quarterback Aaron Murray.

To make room for Murray, they cut wide receiver Marcus Johnson from the scout team.

Murray, who turns 26 in November, becomes the second former Chiefs quarterback to end up reunited with Doug Pederson in Philly after Chase Daniel was signed in the spring.

Kansas City spent a fifth round pick on the former Georgia quarterback in the 2014 NFL Draft.