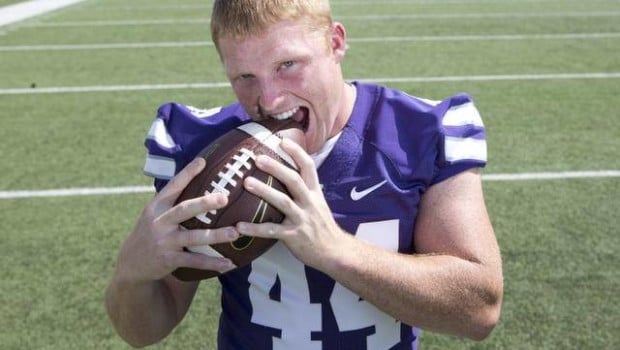 EAGLES SIGN A FULLBACK — YOU READ THAT RIGHT! — RYAN MUELLER

In what may be the final sign that the Chip Kelly influence has been exorcized, the Eagles made a momentous announcement yesterday:

They signed free agent Ryan Mueller, a roster move that wouldn’t ordinarily be significant enough to mention, except that the Eagles listed his position as fullback on the transaction. That’s a departure from the Eagles, who didn’t have a fullback when Kelly was their coach.

Kelly’s offense doesn’t use a fullback, but Doug Pederson will, and Mueller is the first player to get the fullback designation. Mueller was listed as a linebacker last season with the Chargers, and he played defensive end in college at Kansas State, but the Eagles like his potential to transition to fullback, and it’s a position they need, so they’re putting him on the roster and giving him a look.

The fullback position is a dying breed in the NFL, and there wasn’t a single NFL offense that used a fullback even half the time last season. But unlike Kelly, Pederson at times likes to use a fullback in front of his running back in the I-formation, a formation that will be back in Philadelphia this year after three years away.