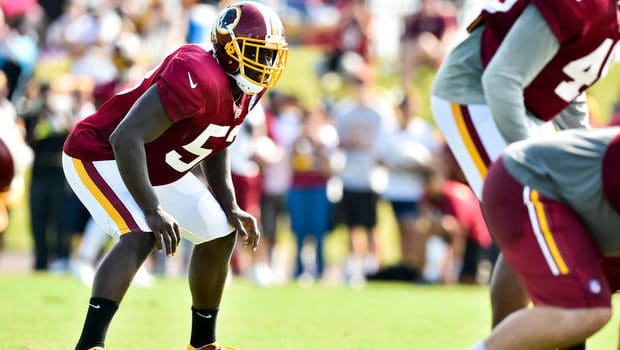 Linebacker Steven Daniels, who was waived by the Redskins earlier this week, was signed yesterday by the Eagles.

The 5-11, 243-pound Daniels was a seventh-round pick last year and saw his season come to an end when he suffered a torn labrum in August. He had 82 tackles, 16 tackles for loss, six sacks and an interception during his final year at Boston College.

Mychal Kendricks, Jordan Hicks and Nigel Bradham are on track to start at linebacker for the Eagles, which would leave Daniels to compete for a backup job along with Kamu Grugier-Hill, Najee Goode, Joe Walker and fifth-round pick Nathan Gerry.