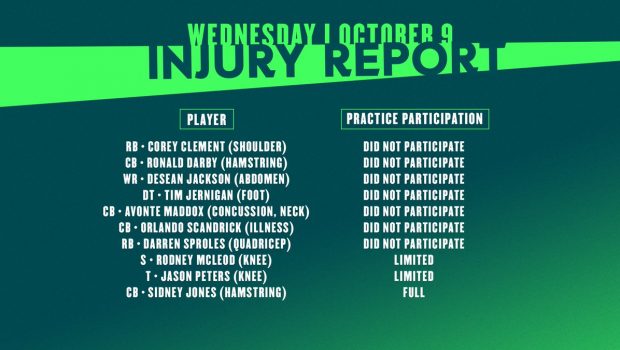 The Eagles are hanging for help in the secondary, so much so that Orlando Scandrick is looked on as a savior.

So, what about 2017 draftee Sidney Jones, who practiced yesterday and is expected to play Sunday in Minny.

Doug Pederson said Tuesday Jones needs to be able to “break through that threshold” in dealing with his frequent hamstring injuries, meaning the oft-injured second-round pick needs to figure out how to play through occasional soreness as long as he isn’t at risk of hurting the team or hurting himself further.

Jones, who missed virtually all his rookie year with an Achilles injury from before the 2017 draft, has never played more than five consecutive games without getting hurt.

Most recently, Jones left the Packers game after just 10 snaps and didn’t play against the Jets.

With four other cornerbacks — Ronald Darby, Jalen Mills, Avonte Maddox and Cre’Von LeBlanc — also out, the Eagles had to use Craig James, who had played just two career defensive snaps, and Orlando Scandrick, who was out of the league the first month of the season, at corner along with Rasul Douglas.

Pederson sure seems to be saying Jones needs to be tougher.