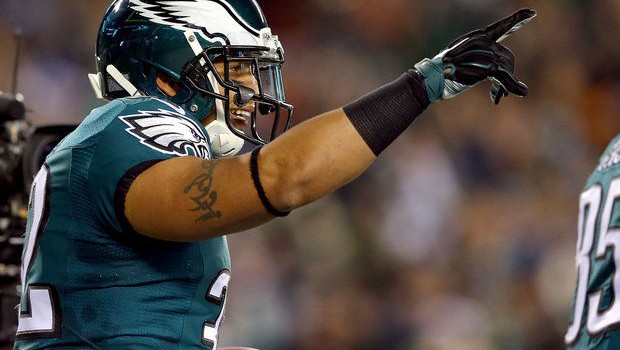 EAGLES SHOWING POLK LITTLE ($1.6M) LOVE — HE MAY BE GONE TOO

We all know how much Eagles coach Chip Kelly values running backs.

Not very much, witness his trade of LeSean McCoy, the team’s all-time yardage leader.

And now Chris Polk is feeling the lack of love.

The Eagles will give the low tender offer to restricted free agent running back Chris Polk, NJ.com reports. That means they’re offering him a one-year, $1.6 million contract for 2015. It also means that if another team signs Polk to an offer sheet — and if the Eagles don’t match that offer — the Eagles won’t get any compensation.

If the Eagles viewed retaining Polk as a high priority, they could have offered him the higher $2 million tender, which would have meant a team that signed him away would have had to give the Eagles a second-round draft pick. But the Eagles are apparently not worried about another team signing Polk away.

The $1.6 million tender, combined with the $4.1 million Darren Sproles will cost against this year’s cap, means that the top two running backs on the depth chart will cost a total of $5.7 million. It remains to be seen whether Philly — which has cleared a huge amount of cap space this week — will add another free agent running back.