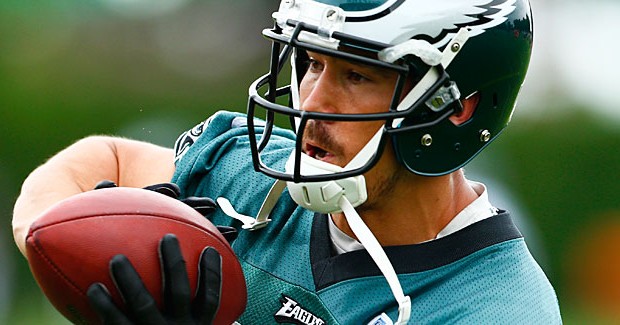 For the Eagles, four tight ends was one too many, especially when the fourth was going to make $4 million in 2015.

So they are parting ways with James Casey, one of their reserve tight ends.

In two seasons with Philly, the 30-year-old Casey caught a combined six passes for 90 yards with two touchdowns. He was slated to make $4 million in 2015, per Rotoworld.

Casey’s most productive pass-catching season came with Houston in 2012, when he hauled in 34 passes for 330 yards and three TDs.