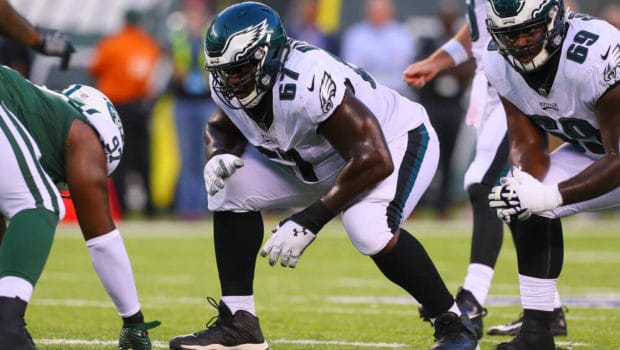 The Eagles are impressed enough with Chance Warmack (67) to show him so extra time and some extra bucks!

They signed the guard to a contract extension through the 2018 season yesterday. Warmack had previously signed a one-year, $1.5 million contract.

Eagles offensive line coach Jeff Stoutland was Warmack’s position coach at Alabama, and he is expected to be the Eagles’ backup left guard.