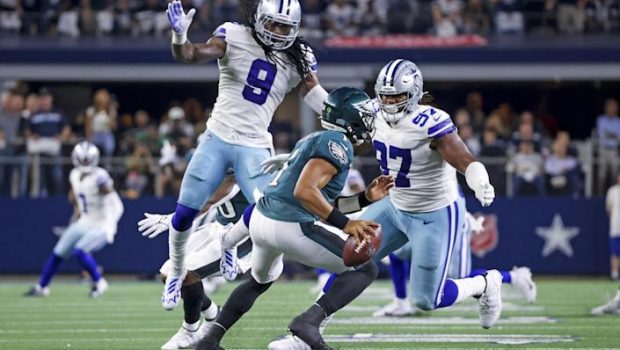 EAGLES SHOULD SNAP UP LB JAYLON SMITH, AXED BY COWBOYS!

The Eagles are desperate for an athletic linebacker, and the Cowboys just released one:

Smith, a former second-round pick who counts $9.8 million against the cap this season, played 97.8 percent of the Cowboys’ defensive snaps last season and did a good job of spying Eagles quarterback Jalen Hurts during their home win on Monday night football in Week 3.

As a pass-rushing linebacker, Smith has excelled during his career with 9.0 sacks, 15 quarterback hits, and 20 tackles for loss.