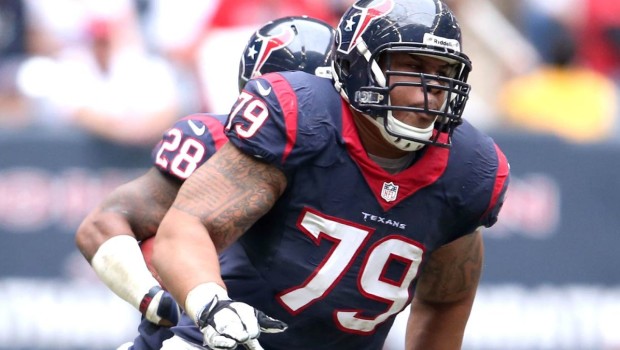 Texans guard Brandon Brooks (above). Did you see their guard play last season? It was a disaster.

The Eagles’ offseason has officially begun, and the choices they have are many, as are the obvious actions they should take.

They fired Chip Kelly and replaced him with Doug Pederson, who comes over from the Chiefs. The former Eagles player has a talented roster but there are questions. Is he sold on Sam Bradford as quarterback? He is a free agent, and the Eagles have to make a decision about him.

If Bradford were to leave, then what would they do? Mark Sanchez isn’t the answer. This isn’t the way you want to take over a team if you are Pederson.

Free agent they should keep: Bradford. It’s so obvious because the options are so limited.