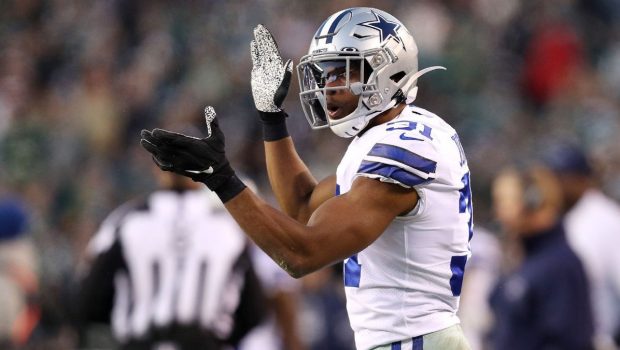 The Eagles are desperate for secondary help and Byron Jones, who is widely considered this year’s No. 1 free-agent cornerback, is a perfect fit in Philly.

And since the Cowboys will spending a lot of cash to retain quarterback Dak Prescott and wide receiver Amari Cooper, now’s the time.

Pro Football Focus has him rated as a top-five outside cornerback over the past two seasons. He yielded 0.39 yards per coverage snap in press-man in 2019, the second-lowest rate at that position.

The Birds are unlikely to rely on the draft to provide immediate solutions at cornerback. For one, their recent track record in this area is not good — the fact that 2017 second- and third-round picks Sidney Jones and Rasul Douglas haven’t solidified starting roles put them in this position to begin with — and secondly, it’s not wise to rely on a rookie to carry that much water. Importing a veteran is the answer.

The Eagles won’t be the only team sniffing around the 27-year-old Jones, increasing the chance that his price tag is hefty. A good comparison might be 27-year-old Xavien Howard, who received a five-year, $75 million contract from Miami last offseason that includes $46 million in total guarantees.