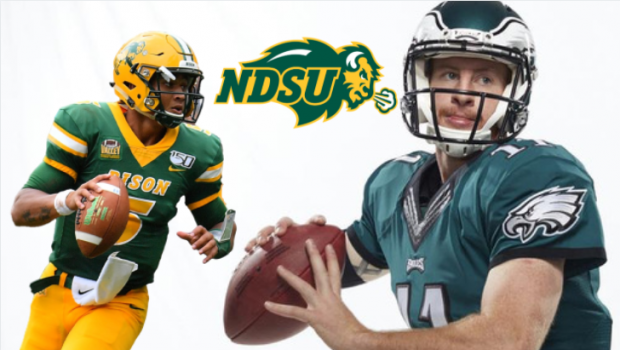 In the past five years, North Dakota State has had two of its QBs drafted — the Indianapolis Colts’ Carson Wentz (the No. 2 pick by the Eagles in 2016) and the Los Angeles Chargers’ Easton Stick (166th in 2019).

A big reason for that is the program’s associate head coach and passing game coordinator, Randy Hedberg.

A small-college quarterback who started four games for the 1977 Tampa Bay Buccaneers, Hedberg demands a lot of his QBs, challenging them with concepts more common in the professional game than in college.

.@baldynfl: “Many people want to think (Trey Lance) could be the next Josh Allen.”