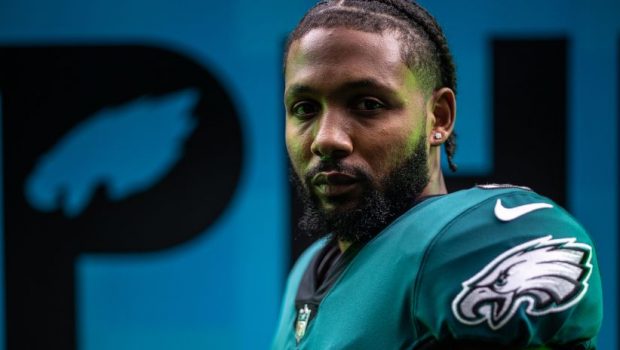 The NFL free agency season kicks off this Wednesday, March 16, and the Eagles are in the hunt for wide receivers, linebackers and other defenders to fill holes in what was a god enough roster to have made the playoffs last season.

However, they may be in danger of losing one free agent who helped quite a bit in the secondary:

After Nelson’s contract was terminated by the Pittsburgh Steelers in March 2021, the Philadelphia Eagles signed him for one year at $2.5 million, though Nelson ended up earning $4 million on the prove-it deal through incentives.

Now he is back on the market. I’ve always been a fan of Nelson’s game because of his productivity and durability.

This deal — an average of $7.5 million annually — is a bit of a raise, but I’d be getting a reliable cornerback with versatility. And since Nelson has played more than 90% of his teams’ defensive snaps in five of the past six seasons, I expect him to get closer to the $8.5 million per year that he received from Pittsburgh before the one-year deal in Philly.

One team to watch for Nelson: Since he is better in zone coverage, look for the Indianapolis Colts and new defensive coordinator Gus Bradley to make a strong push, but I also think the Seattle Seahawks or re-signing with the Eagles make sense.