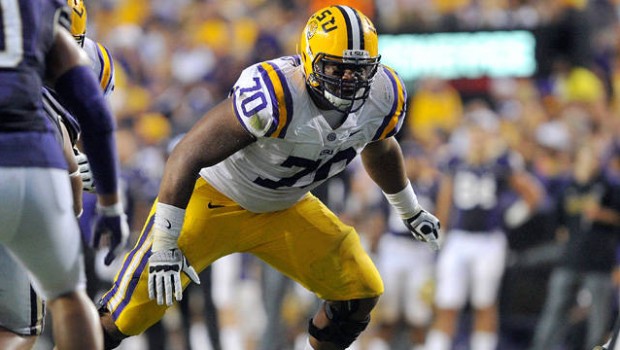 EAGLES HAD NO SHOT AT LA’EL COLLINS, WHO HATES PLAYING IN COLD!

If you want to know why the Eagles never really had a chance at undrafted free agent La’el Collins, who had been a great offensive lineman at LSU but was being questioned, though not charged, in the murder of his former girlfriend, check out MMQB from SI.com:

“Collins’ agents eliminate 16 teams from contention and give briefings to the remaining suitors. The contract would be non-negotiable. Collins would get a guaranteed contract with no offsets, second- and third-year maximum salaries for a UDFA, and the remainder of Team X’s signing bonus cash pool. If he were ever charged or indicted in the murder investigation, the guarantees would disappear and the contract would be torn up.

The agents narrow the list to a handful of teams, and then Collins cuts it down even more. He wants to be close to home, and he doesn’t want to be anywhere cold.

He books a trip to Dallas.”