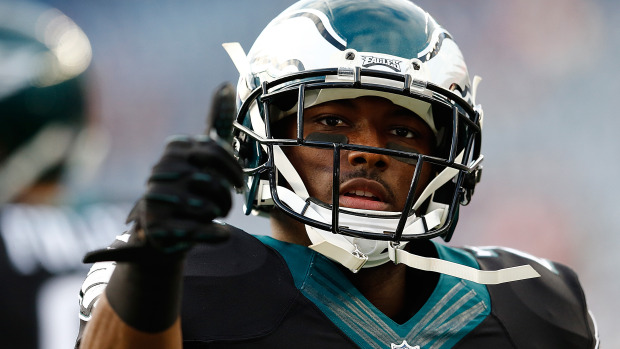 That earthquake you might have felt late yesterday afternoon was the word circulating in NFL media circles that the Eagles had traded great running back LeSean McCoy.

It was a tremor that foretold another shake-up in the Birds’ offense less than a year after coach Chip Kelly cut wonderful wide receiver DeSean Jackson.

In return, the Bills will send linebacker Kiko Alonso to the Eagles.

The trade cannot be made official until the new league year begins next Tuesday at 4 p.m. ET. McCoy’s agent, Drew Rosenhaus, took to Twitter to say the deal has not yet been finalized.

A source close to McCoy told ESPN’s Josina Anderson that the veteran running back is not pleased with the move.

The source also told Anderson that McCoy is “frustrated” and is “not going to make it easy, that’s for sure.”

Philly also released two players Tuesday — defensive end Trent Cole, who was set to count for $11.625 million against the salary cap, and cornerback Cary Williams, who would have counted for $8.17 million — while they take on less than $1 million in each of the next two seasons by acquiring Alonso, who will be a restricted free agent after the 2016 season.

Alonso, a second-round pick in 2013, played every defensive snap for the Bills as a rookie and ranked third in the NFL with 159 tackles. He finished second in the Associated Press’ voting for defensive rookie of the year.

After tearing his ACL while training last July, Alonso was placed on the non-football injury list and missed the entire 2014 season.

“I think I’m at almost 7½ months and I’m doing just about everything,” Alonso told the Bills’ official radio show on Feb. 25. “Obviously at a very controlled pace, just not going obviously 100 percent. I wouldn’t say I’m at 100 percent yet but I’m definitely moving in the right direction and taking it slow.

“I anticipate being 100 percent before camp. By camp, I definitely feel I’ll be 100 percent.”

An Oregon product, Alonso will reunite with his former college coach, Kelly, who will enter his third season in Philly.

This is the second time in less than a year that the Bills and Eagles have made a trade involving a running back. Buffalo acquired Bryce Brown during last May’s draft for a conditional fourth-round pick from Philly. Brown, who remains under contract with the Bills, was active for seven games, rushing for a career-low 126 yards.