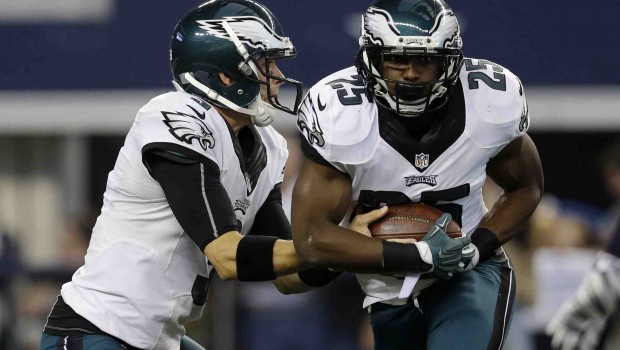 One of the reasons the trading of Eagles star running back Shady McCoy for Buffalo LB Kiki Alonzo was shocking is:

Trades likes this are very rare in the NFL.

Such player-for-player, big-contract-for-little-contract deals are more typical in baseball. Team A acquires a veteran for the stretch run and sends young, untested, cheaper players to Team B.

Instead, most clubs act as vultures, waiting for highly paid players to be released before swooping in to show interest, usually offering less money than the player received previously. It is logical economic behavior, but the rhythm of the dance is tedious.

On the other hand, the Eagles get significant salary-cap relief. A third-year pro from Oregon, Alonso is due about $1.7 million in combined salary over the next two seasons.

Some will praise the Eagles for their fiscal responsibility. Others will cheer on the Bills for swinging for the fences for McCoy, who doesn’t turn 27 until July.

Some will compare this proposed deal to the 2004 swap that sent cornerback Champ Bailey and a second-round pick to Denver and running back Clinton Portis to Washington. However, in that case, both players got new contracts from the trading clubs. That’s unlikely to happen here. The Eagles would have ample reason to let Alonso — who’s coming off an ACL tear — play out at least the next year of his deal. And McCoy surely doesn’t figure to get more money if he’s dealt. At best, he’ll keep what he has.

Nevertheless, the Bills are set to take on quite a bit of money — on paper, about $24 million in salary, per NFLPA data. That doesn’t happen often in pro football trades, and it’s unlikely to be a common occurrence. (On Twitter, veteran agent Mike McCartney expressed surprise the Eagles were able to potentially move McCoy, given his high 2015 salary-cap number.)

But the Bills’ outside-the-box deal-making intrigues. As the salary cap goes up, teams with an an abundance of cap space may have greater ability to take on big existing deals for the right player. Also, draft picks are more valuable than ever under the existing rookie wage scale, making them perhaps tougher with which for clubs to part. Perhaps a few more player-for-player deals could allow clubs to fill needs and create financial flexibility.