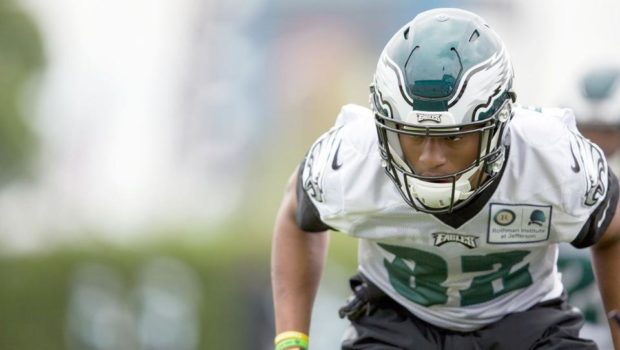 Patrick Robinson is the notable veteran addition to the secondary, but he is coming off a rough season in Indianapolis that saw him give up a passer rating when targeted of 111.7 in eight appearances. Jalen Mills (31.8 overall grade) and Ron Brooks (40.9 overall grade with Buffalo) failed to impress last season, and rookie Sidney Jones is likely to be limited or unavailable for much of the season with an Achilles injury. Third round pick Rasul Douglas (above) should factor into the equation, as his eight interceptions and 18 total passes defended led FBS in 2016. The safety position features Rodney McLeod, who has 52 missed tackles in four seasons as a starter with the Eagles and Rams, and Malcolm Jenkins, who appears to be past his prime after giving up a combined 13 touchdowns the past two seasons: