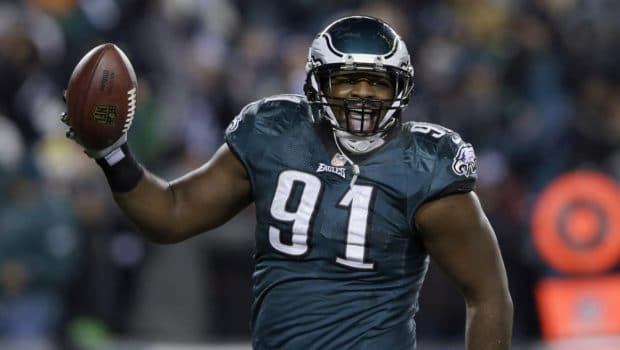 EAGLES’ SECONDARY GETTING NO SUPPORT FROM VAUNTED FRONT 4!

Fletcher Cox, the $100 million dollar man, hasn’t had a sack since Week 5.

It’s hard to imagine the Eagles winning any game with a secondary that played as bad as it did yesterday in the Giants’ 28-23 win.

Leodis McKelvin, who has been hampered by a season-long nagging hamstring injury, was exploited by Eli Manning several times.

And the secondary suffered from a lack of support from the Birds’ pass rush, which only ran up one sack, even though the Giants’ offensive line that lost one of their best blockers, Justin Pugh.

The Eagles’ secondary isn’t good enough to make up for a lackluster pass rush. Howie Roseman invested a lot of money in their defensive line and it didn’t pay off in this game.