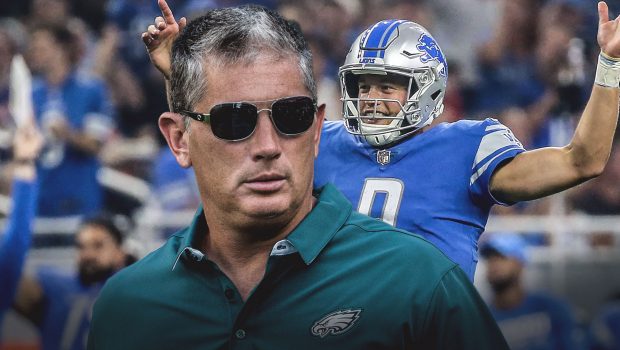 Both share quite a history during their days as a head coach/quarterback combo in Detroit.

According to Dave Birkett of the Detroit Free Press, Schwartz still feels Stafford is as dangerous as ever:

“They’re playing a little bit different scheme,” Schwartz said. “They have a defensive head coach, they have an offensive coordinator who came from a run-first, Seattle-type scheme, so they have maybe a little bit different flavor, but he’s still a very dangerous guy. He goes to the right spot with the balls. He makes accurate throws and moves the ball around to a lot of different people.”

Schwartz and Stafford spent five seasons together trying to turn the Lions’ franchise around. Although they ultimately fell short of their goal, it is clear that the two still remain good friends. Regardless, this week’s showdown will serve as a tiebreaker for their head-to-head matchups since parting ways.

Schwartz was able to come out on top in his first game against Detroit while serving as the defensive coordinator for the Buffalo Bills. Stafford was able to answer back in 2016 with a three-touchdown performance to secure a nailbiter 24-23 win.

Although the veteran has struggled to find his footing amidst all the new changes the Lions have ushered in, it is clear that his old coach will still be taking every precaution he can to contain him this week.