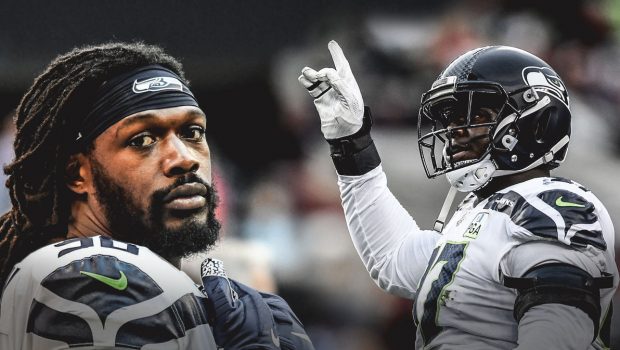 EAGLES SCHEME TO FACE HAWKS CLOWNEY, WHO’S NOT CLOSE TO 100%!

It looks like Seattle Seahawks defensive end Jadeveon Clowney’s status for tomorrow’s Wild Card showdown with the Eagles is still up in the air.

He was removed from the team’s final injury report, according to Pro Football Talk, but he’s still dealing with a core muscle injury that will need to be addressed at some point.

“We’re just getting him to game time is all we can get done right now,” coach Pete Carroll told reporters yesterday. “He worked today. He got his reps in today and was able to demonstrate the game plan and that he knew what was going on. If this is what we got, this is what we got. We got to work with it.”

Clowney practiced on a limited basis yesterday after not practicing on Wednesday and Thursday, and he will play. How long he plays and how well he plays is clearly in question, as it’s been ever since he had one of the best games of his career against the 49ers in November.

To his credit, Clowney hasn’t shut it down and gotten surgery. He’s doing what he can do to play, even if it means not being nearly as effective during his game for the ages in Santa Clara. As he approaches free agency, his willingness to tough it out should get the attention of anyone who is thinking about pursuing him.