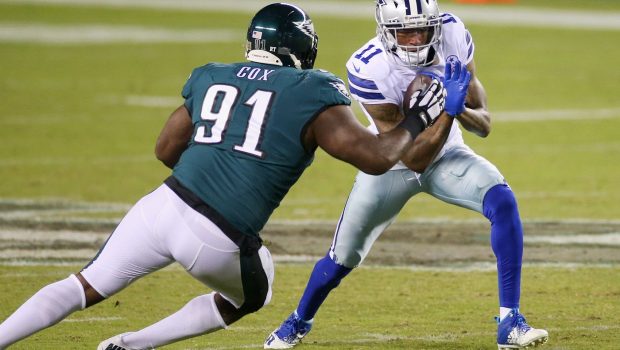 The Eagles (3-4-1) didn’t lose any ground in the NFC East during their bye week.

The second half begins with a division matchup at New York and ends with a trip to Dallas and a home game vs. Washington. The five games in between are much tougher, but the Eagles may not have to win any of them if they take care of business against the teams in the East.

“We’re in an eight-game season right now and even though we have a slight edge in the NFC East, it’s not a huge edge,” defensive coordinator Jim Schwartz said Monday. “How the season goes will be dependent on how these last eight games go, particularly the division games.”

The offense has been inconsistent and mistake prone. Carson Wentz has 16 turnovers, including 12 interceptions. He only threw seven picks in each of the previous three seasons.

All of those giveaways aren’t Wentz’s fault. Injuries have forced the team to start 10 offensive linemen and backups at 10 positions overall. Wentz and center Jason Kelce are the only starters who have played every game.

Still, quarterbacks take most of the blame when offenses struggle and Wentz knows he has to improve significantly in the second half.

“I’m going to stay aggressive,” Wentz said. “I’m not going to change who I am but I can protect it better.”

Coach Doug Pederson dismissed any suggestion that Wentz should be benched for rookie Jalen Hurts.

“Carson is our starter and we got a lot of trust and faith in him that he can get the job done,” Pederson said.