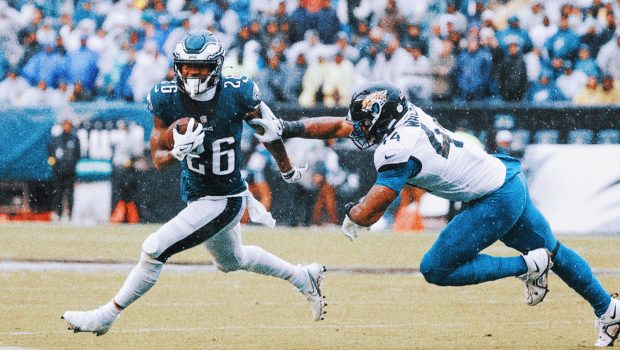 134 yards on 27 carries and two touchdowns

Until yesterday, the Jags were allowing only 55 rushing yards per game and just 3.1 per carry,.

But after a slow start the Eagles really took it to the Jaguars’ defensive line, finishing with 210 rushing yards on 50 carries – only the fourth time in the last 45 years they’ve had 50 rushing attempts.

Sanders bounced back with a monster game – 24 carries for a career-high 134 yards and just lots of tough inside yards against a stacked box.

The best game of his career. To be a truly big-time rushing offense you have to do it against the best defenses, and the Eagles and Sanders definitely did that Sunday.