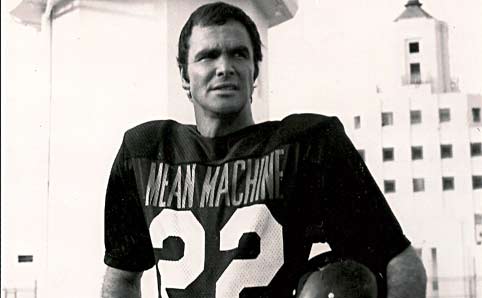 The Eagles have played eight quarters so far in the early going of the 2015 NFL season, and six have been about the worst offensive football in decades!

Sam Bradford played so badly against the Cowboys one had to wonder if he were imitating Burt Reynolds who played Paul ‘Wrecking” Crewe from original “The Longest Yard” fame, shaving points for wicked Warden Rudolf Hazen!

How on earth can a QB of Bradford’s skills miss open receivers all day long, throw a dumb interception on the goal line with Riley Cooper wide open in the end zone — questions that need answers ASAP, before this season is over before it really gets started.

Ironically, before the season started the Eagles defense was the main source of concern of many Eagles fans, but it played remarkable well in the Cowboys game. The D was on the field for an obscene amount of time, 40:30, and only gave up 13 points to the Dallas team playing without All Pro WR Dez Bryant.

The biggest stat line that sticks out are the rushing numbers! DeMarco Murray had 13 carries for 2 Yards!! Ryan Mathews topped that with 1 carry for 0 yards! Darren Sproles got 1 carry for -4 yards, wow! That stat line has to be one of the worst in NFL history, as a team they got 7 yards on 17 carries!! If that don’t change the Eagles will be hard pressed to win any game this season.

Chip Kelly and the Eagles coaching staff will only have a matter of days to come up with an answer to a leaky offensive line that has looked inept two weeks in a row.