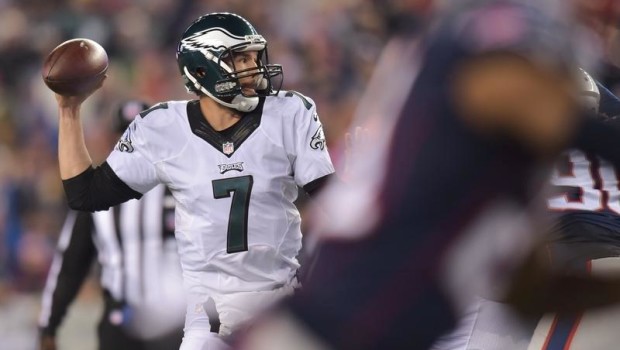 He more than went toe-to-toe with Tom Brady, who threw two picks, and provides hope for what the Eagles can expect from him down the stretch this season and maybe even beyond that. Bradford’s biggest throw came on the final possession when he converted a third-down and allowed the Eagles to keep the ball and run out the clock.