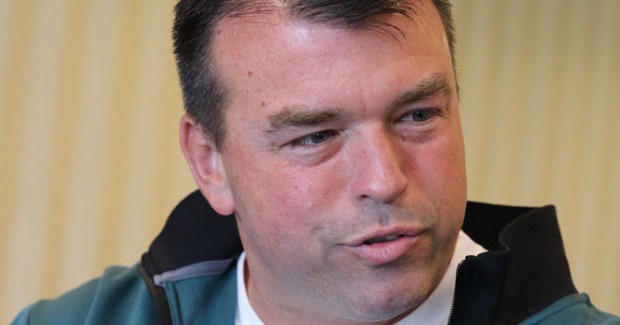 The Eagles announced that Gamble, vice president of player personnel, is on the way out. And Chris Mortensen of ESPN reports that it’s actually a firing.

There have also been multiple reports that indicate that Gamble was close to head coach Chip Kelly but less than close to general manager Howie Roseman. With recent speculation that Kelly and Roseman may not be getting along, it’s not a stretch to think that Gamble losing his job is tantamount to Kelly losing a power play with Roseman. But Roseman put a happy face on the story in a statement released by the team.

“We thank Tom for his service over the past two seasons and wish him and his family the best as they move forward,” said Roseman. “I appreciate all Tom has done for our scouting department and our team.”

Kelly was brought in two years ago and given control over the roster, and when controversial decisions like cutting DeSean Jackson were made, Eagles owner Jeffrey Lurie said he’ll always defer to Kelly’s judgment. But Kelly apparently didn’t have enough power to save Gamble’s job.

Geoff Mosher of CSNPhilly.com explains that the development can be construed as a “stern message” to coach Chip Kelly, who had been developing a close relationship with Gamble.

Citing multiple unnamed sources, Mosher writes that tension has developed between Roseman and Kelly, while Kelly and Gamble had grown closer. Mosher also points to Kelly’s end-of-season press-conference comments regarding Roseman and Gamble.

Kelly described his relationship with Roseman simply as “good.” Regarding Gamble, Kelly had much more to say when asked about Gamble as a potential GM candidate.

“I think Tom does an outstanding job and if he has the opportunity to do that, then I would support him in anything,” Kelly said. “And if I can give him any help in that situation I would. But he’s a heck of a football guy.”

It’s possible Kelly was propping up a guy that Kelly knew was on the outs. Mosher’s characterization suggests something far more dysfunctional.

Owner Jeffrey Lurie recently said Roseman “absolutely” will be back in 2015, but it tensions exist between coach and G.M. and if leaks commence like they did in 2014 for the 49ers, the relationship could be doomed — especially if the Eagles miss the playoffs again next season.