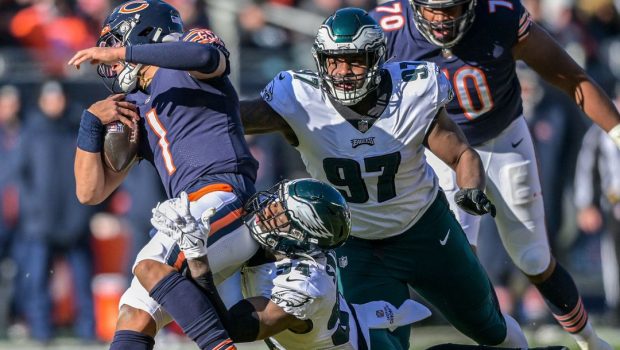 EAGLES SACK MACHINE ONE OF BEST IN NFL SINCE 1963!

The Eagles defense has been top-notch on their way to 13-1.

And, even with quarterback Jalen Hurts shelved with a sore shoulder, the defense figures to make the difference against the Cowboys tomorrow night.

As ESPN has pointed out, the Eagles’ defense has recorded six-plus sacks in three consecutive games, which is tied for the second-longest streak since the NFL first began tracking team sacks in 1963.