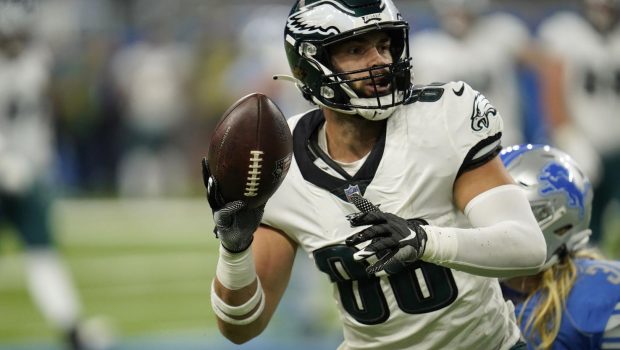 The Eagles ran the ball 46 times for 236 yards and four touchdowns in their 44-6 blowout of the Lions.

They were up 17-0 at halftime and built a 38-0 lead by the end of the third quarter, so they didn’t have to throw.

Tight end Dallas Goedert had seven targets and the Eagles as a team had only 16 total receiver targets.

Goedert finished with 6 receptions for 72 yards, followed by Quez Watkins with 2 for 18 and DeVonta Smith’s 1 for 15.