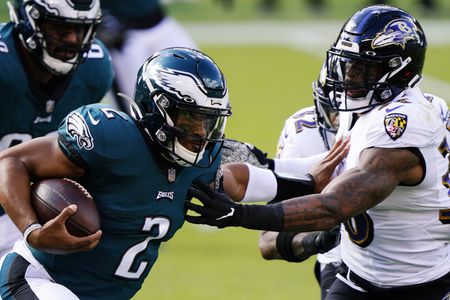 The Eagles are beaten up with injuries to some of their most important players.

Which has given their rookies a chance to play and shine:

Jalen Hurts saw some action for the Birds and even caught a 3-yard completion. He played five total snaps and had that catch to go along with 23 yards rushing on two carries.

Hightower caught one of his four targets for a 50-yard gain but did drop one pass.

Linebackers Shaun Bradley (25 snaps) and Davion Taylor (seven snaps) saw time on the Eagles defense. Each had a tackle.