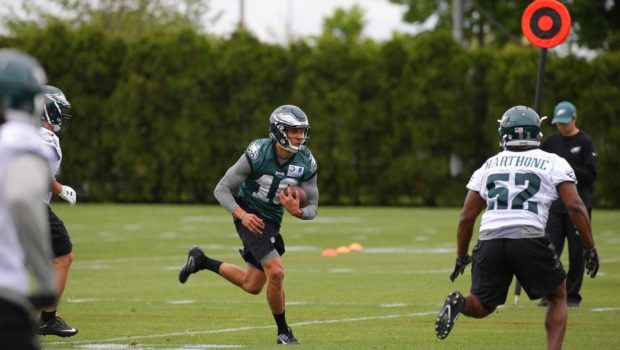 As the Eagles’ rookie minicamp ended yesterday at NovaCare, there was lots of buss about current slot receiver Jordan Matthews and his contract.

That is, he may want an extension or he may sit the OTA’s.

Draftee Mack Hollins could be next up!

He’s 6-4, 209 pounds and his production NoRth Carolina was impressive: 20.6 yards per catch average and 20 touchdowns in 33 games.