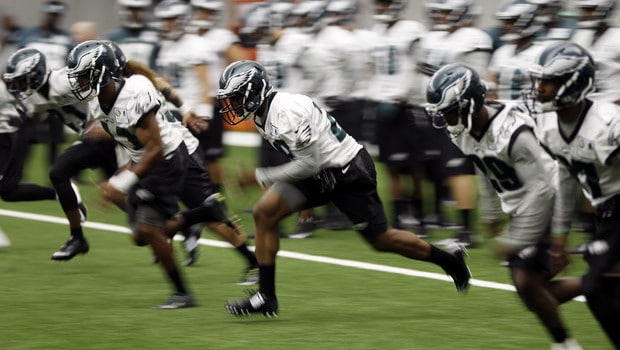 Countess played every position in the defensive backfield during his three years at Michigan and his lone season at Auburn in 2015, surrendering only one touchdown as a senior.

With only one NFL practice under his belt, Countess appeared to be chomping at the bit Friday to dive into Schwartz’s playbook.

“I love the defense,” Countess said Friday at the NovaCare Complex. “I love the coaches. We have excellent coaches as far as the personality and the fit. We have a great defensive backs room. It’s all been great.”

While Schwartz’s scheme rarely utilizes blitz packages, it relies on penetration up front from the defensive line and is predicated on the secondary playing physical in coverage to allow the pressure to get home.

Countess, who intercepted two passes and broke up five others last season, says that he thinks he’ll fit right in with a secondary that has a unique blend of rookies and veterans such as Eric Rowe and Nolan Carroll at corner along with Malcolm Jenkins and Rodney McLeod at safety along with free agent newcomers Leodis McKelvin and Ron Brooks and fellow draftee Jalen Mills.

“I see myself playing wherever I’m needed,” Countess said. “I played every position on the back end of a defense. I played it at a high level. I think that’s one of the reasons I’m here. Right now I’m learning everything. I expect to get reps at everything during camp.

“You take your shots when you want to. On the back end, [Schwartz] lets guys play loose. He lets guys make plays on the ball. I’m excited and can’t wait to get into it even in practice when you have live receivers and a live ball out there. Right now, it all looks great on film, on paper and everything.”