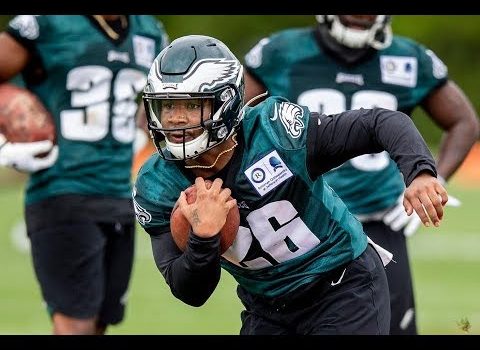 Alabama’s Josh Jacobs was the first back selected this year, but the Eagles made Miles Sanders the 53rd overall pick and Barkley said this weekend that it will be “awesome” to see his former backup twice a year in NFC East matchups.

He also said that he thinks the Eagles are going to be very happy with what Sanders brings to their offense.

“What he went through, coming here as a five-star to sitting back and waiting for his spot and his moment, when he got his moment he took advantage of it,” Barkley said, via the Centre Daily Times. “To be the second running back taken in the draft — and in my opinion, the best running back in the draft — he’s going to prove that to the league this year. I’m really excited for him.”

Barkley had a clear path to the starting job with the Giants as a rookie, but Sanders will have more competition with Jordan Howard, Corey Clement, Josh Adams, Wendell Smallwood and others on hand in Philly. If he’s as good as Barkley thinks, his chances of moving to the front of the list should be pretty good.