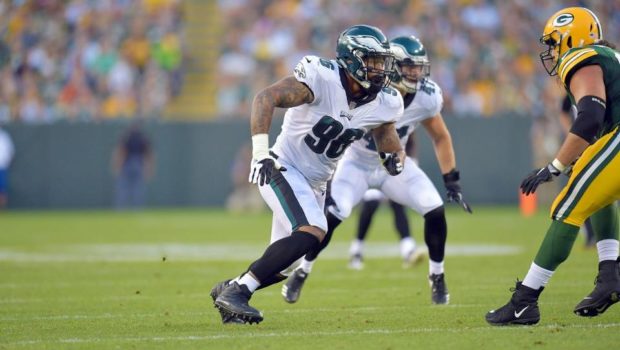 Barnett shined in his debut with the team this past Thursday against the Green Bay Packers. Barnett played 23 total snaps spread out against a mixture of Green Bay’s first- and second-team offense, earning an overall grade of 81.6.

Barnett was very productive as a pass-rusher, racking up four total pressures, all from the right side. He beat Packers starting left tackle David Bakhtiari for one of those pressures and picked up two sacks and a hit on the quarterback against Jason Spriggs, the Packers 2016 second-round pick. Barnett finished the day with a pass-rush productivity of 21.9.

Despite only playing six snaps against the run, Barnett picked up a stop, which was one of his three total stops on the day. A stop is classified as a tackle resulting in a defensive ‘win’: