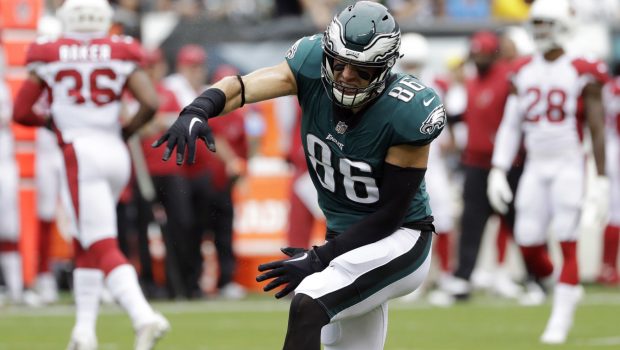 Carson Wentz threw a career-best four touchdown passes and the Eagles continued their impressive start with a 34-7 victory over the Cardinals on October 8, 2017. Wentz tossed three scoring passes on three consecutive attempts in the first quarter, including 59 yards to Torrey Smith, 11 yards to Zach Ertz *above) and 15 yards to Trey Burton. He connected with Nelson Agholor for a 72-yard TD in the third quarter that left six-time Pro Bowl cornerback Patrick Peterson shouting on the sideline. The Eagles upped their record to 4-1 with their third straight win.